Youth must take centre stage in advancing agriculture in the Province The KwaZulu-Natal MEC for the Department of Agriculture and Rural Development, Mrs Bongiwe Sithole-Moloi, called upon young people to lead the agricultural sector, as there is a need for young people to play a significant role in the sector. The MEC further said that the current farmers are aging which necessitate the involvement of the youth and it’s imperative to transfer skills to young people from the aging farmers.

“Young people have been trained and facilitated in modern and innovative agricultural methods. For us to increase agricultural productivity, it is critical to introduce young people with fresh knowledge and ideas,” said Sithole-Moloi.

MEC Sithole-Moloi said this during the launch of River Valley farm which is a 10-hectare farm in New Hanover under the uMshwathi Local Municipality. The River Valley Farm is a 100% black-owned farm which employs 60 permanent personnel.

The MEC further commended the River Valley Farm which sells a large volume of fresh produce through pack houses who are currently supplying Pick n Pay and other retail stores.  It also supplies eThekwini Fresh Produce Market, Pietermaritzburg Fresh Produce Market and local wholesalers and supermarkets. The farm has also been able to tap into international markets.

MEC Sithole-Moloi also announced that the Department will support 152 female farmer projects in the 2021/22 financial year. An amount of approximately R57.18 million will be utilized to support these female-owned projects.

“I would also like to emphasize that support is provided to both individually owned and group owned female farmer projects. The Department supported 27 Female Farmer Projects in the 2020/2021 financial year earmarked for future commercial production with a total investment of approximately R52.88 million,” said Sithole-Moloi.

I want to reassure you today that we are committed to being a part to how we can integrate women in the development plans and to ensure allocation of resources towards achievement of developmental goals, she stated.

As a matter of fact, this instruction included increasing the ADA budget for funding women-owned projects from R40 million this year, to R85 million next year. Over and above this, I have also ordered that 50% of all agricultural projects funded by our Department to be allocated to women beneficiaries.

“I’m calling upon all women to begin to organize themselves into business niches that cater for each need in the value chain so they can easily solve problems and keep their overheads in check. Women can no longer be treated as black sheep in land allocation and financing.  Women need land and must have funding and a certain percentage of farms that are laying fallow in the province will be re-allocated to women and youth,” concluded Sithole-Moloi. 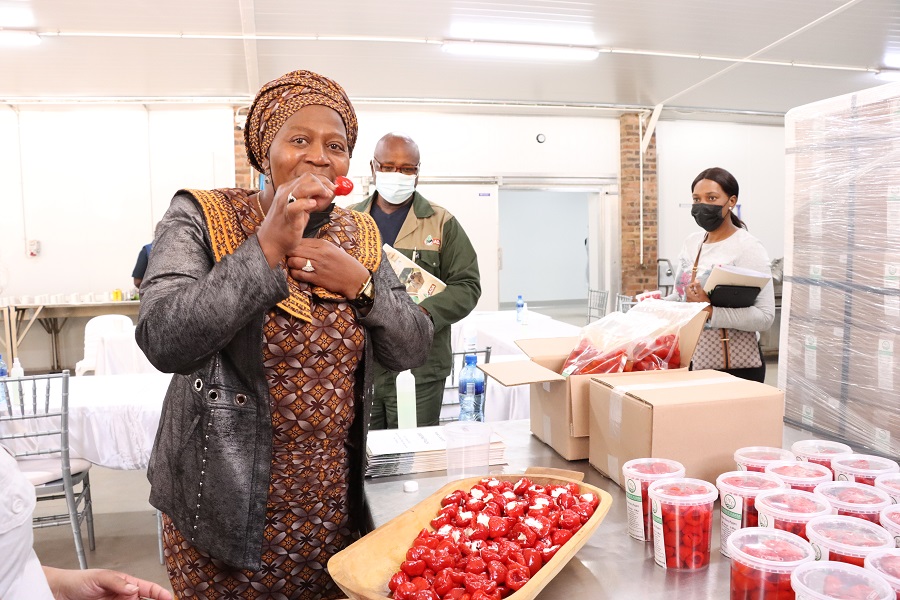