PRODUCE 3500 HECTARES OF HARVEST BY NEXT AUTUMN OR BEAR THE BRUNT, SITHOLE-MOLOI WARNS HER EXTENSIONS AND ADVISORY SQUAD IN ZULULAND

KZNDARD MEC, Mrs. Bongiwe Sithole-Moloi says her Department’s Extensions and Advisory Services (EAS) unit in Zululand must use all the expertise it has at its disposal to produce 3500 hectares of harvest by next autumn from the districts’ vastly underutilized tracks of land or account for its need for existence.

Sithole-Moloi said in view of the plight faced by rural poor communities and the call by KZN Premier, Sihle Zikalala’s for 21 000 hectares of harvest by next autumn, the brunt now lays on the extensions and advisory services skills’ reserve to produce results or face dishonor. She was speaking at the social cluster-led launch event of 1000 housing units to be built and provided with gardens and fruit trees at Ndalini in uPhongolo.

Following the commitment of the government of South Africa to plant one million hectares by 2024, Sithole-Moloi said the KZN province is expected to contribute significantly to the target due to its geographical size and location, therefore, she needs the role of the new extensions and advisory services to come into full effect and displayed for all to see.

“The Multi-Planting Season budget for Zululand district is R14 million and you have to produce 3500 hectares of harvest by next autumn. So next time I come to Zululand, I want to see a change in the way these huge but underutilized rural landscapes look. You are the second district with largest number hectare to produce after Harry Gwala, which has 4000.

“It is time to use all that expertise for which you are paid. Don’t report problems to me, use your skill sets to solve those problems. I want results. Make it count or you will have to explain to me why you think there is a need for you to continue to exist. The brunt is, now squarely, on your shoulders,” she said.

Sithole-Moloi issued this stern warning as the activation of the Zululand’s districts Multi-Planting Season campaign is due to take place next week and will be led by Zululand MEC Champion,
Bheki Ntuli.

She added that seeds, fertilizer, chemicals and mechanization service providers for land preparation, production input and related services to communal lands and land reform farms have been procured and delivered while monitoring and evaluation of all work done will be the responsibility of the South African Farmers Development Agency (SAFDA).

She reminded her extensions and advisory services unit of the mission they carry on their shoulders as the answer for a rapid and fundamental change in the relations – systems and patterns – of ownership and control of land, livestock, cropping and community. 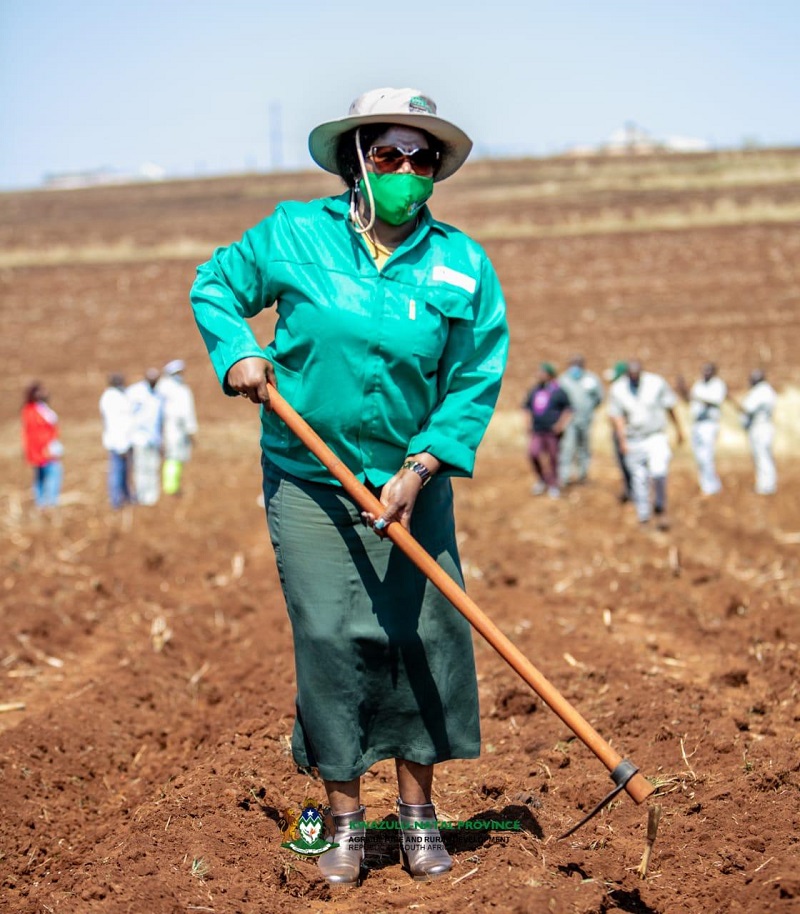