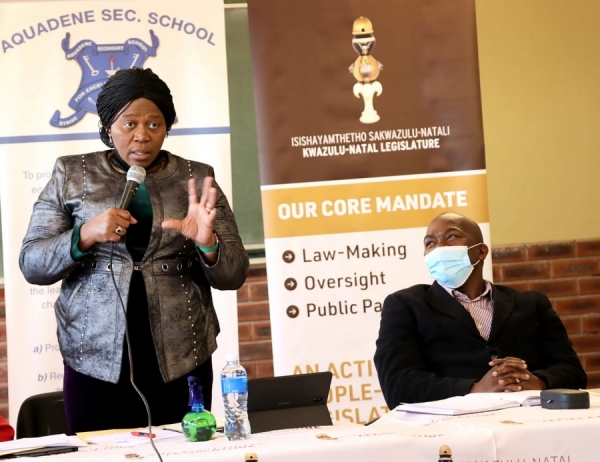 The MEC for Agriculture and Rural Development in KwaZulu-Natal, Mrs Bongiwe Sithole-Moloi, was part of the delegation from the provincial legislature that did school functionality monitoring oversight visits to schools in King Cetshwayo District recently.

The purpose of the visit by the legislature was to monitor the progress of teaching and learning in the identified schools in the district to ensure that there is a smooth start of the third term schooling period.

The Acting Director at KZN Department of Education under King Cetshwayo District, Ms Welile Nzama, presented the challenges that are engulfing the schools in the area such as lack of ablution facilities and water.

The local councillor also echoed the serious need to address the scarcity of water and ablution facilities including the provision of transportation for school learners. He said the transport is not fairly shared in the area and called for immediate address of the allocation of transport for learners.

The Chairperson of the delegation from the legislature, MPL James Nxumalo, will compile a report on all the matters that were brought to the fore.

The MEC and the delegation were happy to find teaching and learning progressing without any hindrances.

“As much as I understand that we are here for a school’s oversight visit, I want to also tap into the issue of the need for school gardening in our quest to eradicate poverty in the province. I will interact with my counterpart at the Department of Education to ensure that schools without gardens do embark on the programme to initiate the gardens in schools. Overall, we noted that there are challenges of overcrowding in classes. Apparently, this is a problem of the entire district because learners prefer certain schools over others. This matter must be attended to as well,” said MEC Sithole-Moloi.

The schools that were visited on the first day of 27 July were Aquadene Secondary and Richadia Primary both in Richards Bay and on the following day of 28 July the delegation, which consisted of two teams going to separate places, visited the Mavumengwane High and Nokhalela High under eShowe and Uyengo High and Gobandlovu Primary under eMpangeni.

The delegation also assessed if there was any damage that might have occurred as a result of the recent looting unrest which engulfed the province of KwaZulu-Natal during mid-July. 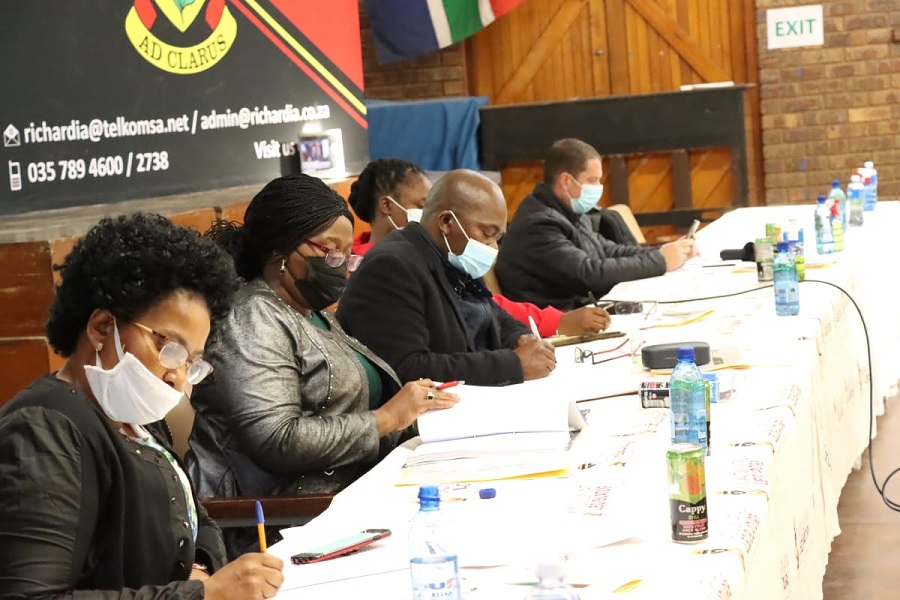 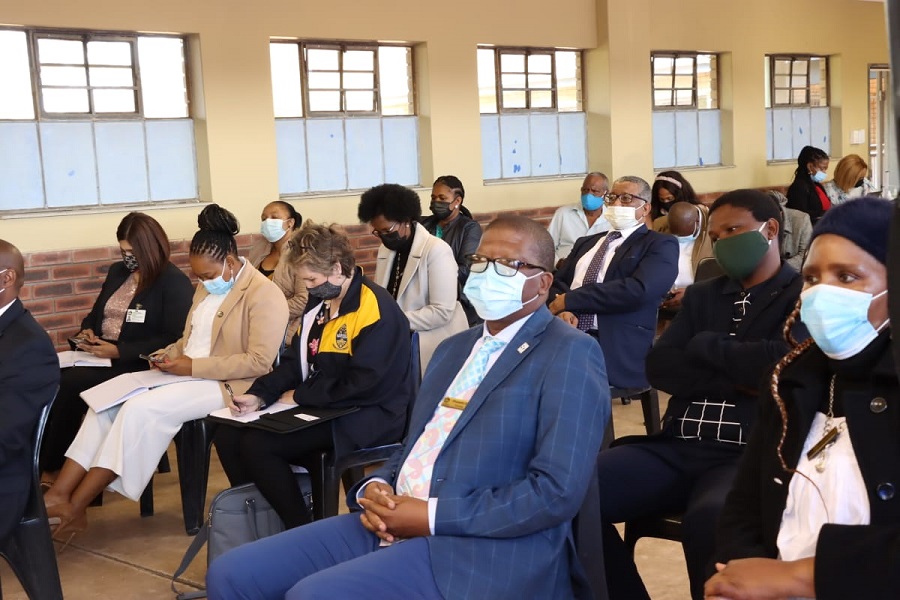