The Mayor of King Cetshwayo District Municipality, in the north of KZN, Ms Nonhle Mkhulisi, has urged the people living with HIV/Aids in KwaZulu-Natal to never default when taking the antiretroviral treatment as this is the main course of Aids related deaths occurring recently.

She said this during the annual World Aids Day commemoration event which was held in Melmoth, as part of the worldwide awareness campaign aimed at assessing the strides that have been made in the fight against the pandemic.

This commemoration takes place on 1 December yearly and it is used to remember those who have departed as a result of Aids related ailments. Mkhulisi, who was representing the KZN MEC for Agriculture and Rural Development, Mrs Bongiwe Sithole-Moloi, told scores of attendees that serious strides have been made in the fight against Aids and that a massive difference has been made by government in ensuring that people do not lose their lives due to Aids.

MEC Sithole-Moloi is the district champion of King Cetshwayo District Municipality as per KZN Cabinet deployment. The rolling out of antiretroviral treatment has had a significant impact in preserving the lives of people who are infected by the virus.

The Mayor warned that if people who are infected do not take their medication properly the chances are that they may die as consequences of defaulting and urged all who are on treatment to heed the instructions given to them by their medical caregivers.

She said the government is concerned about the continued spread of infections amid substantial efforts to galvanise communities to use protective measures to prevent HIV infections.

Of particular concern, according to the Mayor, was the fact that more and more young people continue to get infected even though there is a free roll-out of condoms. She said those who are at the forefront of awareness campaigns in the province have a serious challenge of spreading the message of prevention to the youth because the latest infection trends are worrisome. During the course of the event Ms Mkhulisi, councillors from King Cetshwayo District Municipality, senior officials of the Department of Agriculture and Rural Development, the clergy and civil society representatives lit the candles as a gesture of remembrance of those who perished due to the disease.

There are seven million people on ARV treatment nationwide and Ms Mkhulisi requested those who are ignorant of their HIV status to get tested so that they can begin taking medication at once if they test positive.“The time to be afraid of the disease has gone past us now. We have concrete, tried and tested forms of life sustainability through HIV treatment and there are people who have lived fulfilling lives with the virus for decades. There is no course for concern if you test positive, the treatment is available for free and it is the best in the world. Get tested now to save your life if you do not know your status,” she said.

KwaZulu-Natal has the most residents living with HIV in South Africa at 1.4 million people. Mkhulisi stated that ignorance and denialism are major stumbling blocks in the fight against HIV/Aids. She said people must get tested, if positive, start treatment, accept their status, practise safe sex and never default in taking their medication, exercise regularly and eat healthy in order to live very long and fulfilling lives. She said many people all over the world are taking chronic medication to fight other diseases such as diabetes, cancer and skin chronic ailments. So, those with HIV/Aids should not be stigmatised and feel that they are the only ones on chronic medication. The 2019 World Aids Day theme was: “Communities make the difference”. Therefore, all the communities were urged to play a pivotal role in ensuring that the world beats the spread of HIV/Aids and that the disease is defeated. 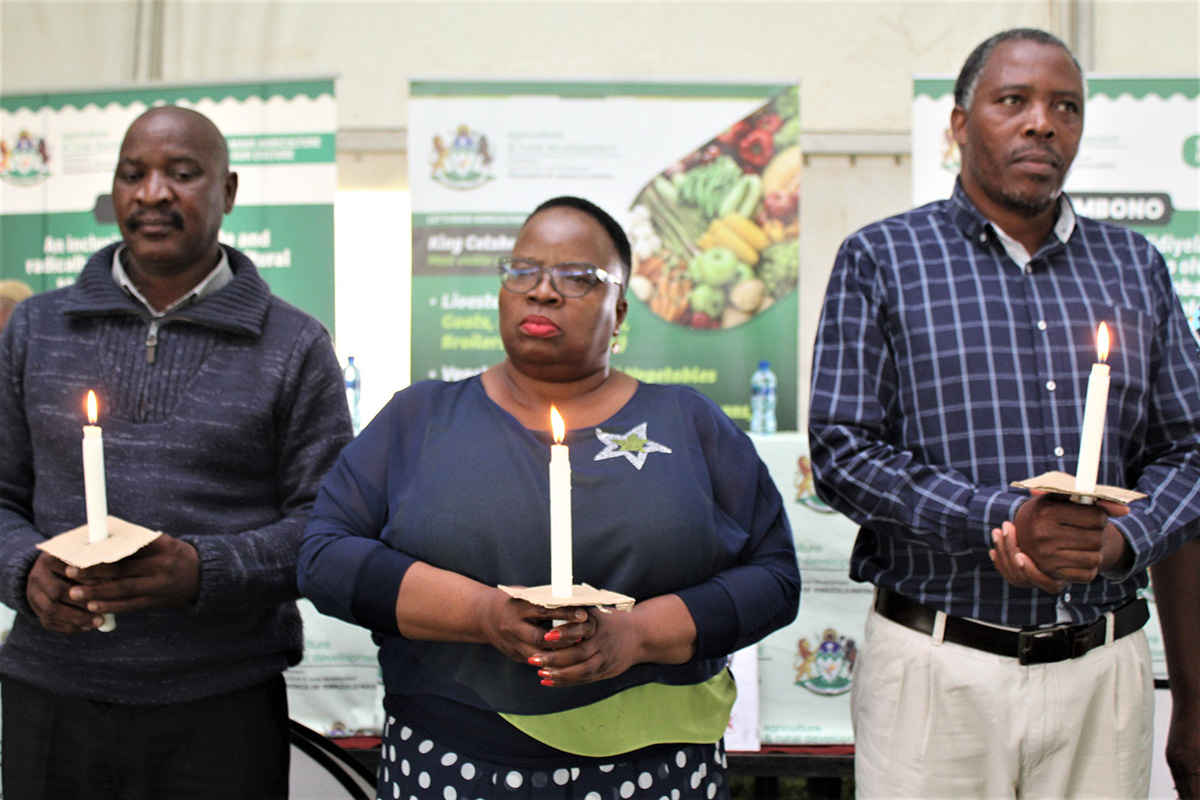