THE MEC for Agriculture and Rural Development in KwaZulu-Natal, Mrs Bongiwe Sithole-Moloi has praised women who scooped awards at the recent glittering gala dinner which was held in Durban In August.

The annual Female Entrepreneur Awards 2019 were conferred to 10 recipients who came top in various categories that were up for grabs. The overall winner category went to Mamangibheke Investment Pty LTD which was represented by Ms Saraphina Delisile Gumede from the uMkhanyakude District Municipality. Mamangibheke Investment was also recognized as the Top Entrepreneur, Smallholder recipient. The Top Entrepreneur Processing accolade went to Mvuleni Professionals.

These awards are not only focused on commercially viable agricultural enterprises as they also recognise rural women who are making inroads in subsistence farming at a community level. One such woman is Ms Tholakele Florence Sibiya from the Amajuba District who walked away with the Best Subsistence Producer award for her sterling work in crop production. Another interesting category is that of Best Female Farm Worker as it encourages and inspires female farm workers to work hard and be recognised in their area of deployment. Ms Sizeni Ngidi from KPP Piggery farm based at the Harry Gwala district was awarded under this category. As the MEC encourages improvement and new innovation in our approach to agriculture, the Most Improved Entrepreneur Award is structured to recognise the noticeable improvement of entrepreneurs who had previously participated in the awards but were not yet in the category of the best of the best. In this category, Philoh Investment was awarded the Most Improved Entrepreneur of the Year 2019.

UMkhanyakude District was announced as the Best Performing District at these awards and this was crystal clear as they scooped the main category of the overall winner. The Most Improved District category went to uMzinyathi District for its incessant farmer development and persistent organisation of livestock and crop production projects. MEC Sithole-Moloi also recognised the role played by senior citizens and youth in her special MEC’s award. Mrs Phindile Dumakude from uMzinyathi District was awarded the MEC’s Special Award under the category of Senior Citizen. The MEC’s Special Award specifically designed to recognise the role of the youth was awarded to Ms Zamokuhle Phakathi of Eat & Be Alive Project in Harry Gwala District.

The MEC said these awards help the Department to reward the contribution of women, young women and women with disabilities in creating and sustaining food security, job creation, economic growth and poverty alleviation in the sector. The overall winner from KZN and winners in other categories including districts will battle it out in the national annual Female Farmer Awards which will be held in Cape Town at the end of August. “We hope that tonight’s winners will represent us well in the national awards. Those who were unlucky this year should not despair, we encourage you to enter again next year,” said the MEC. 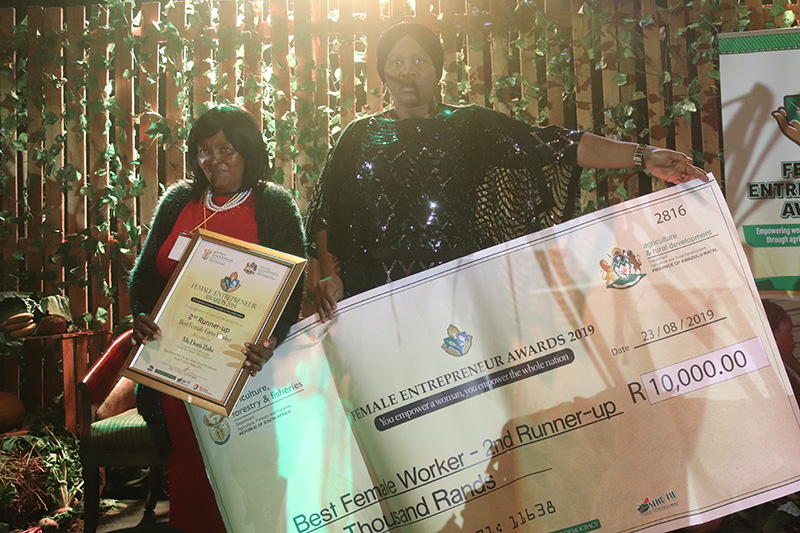 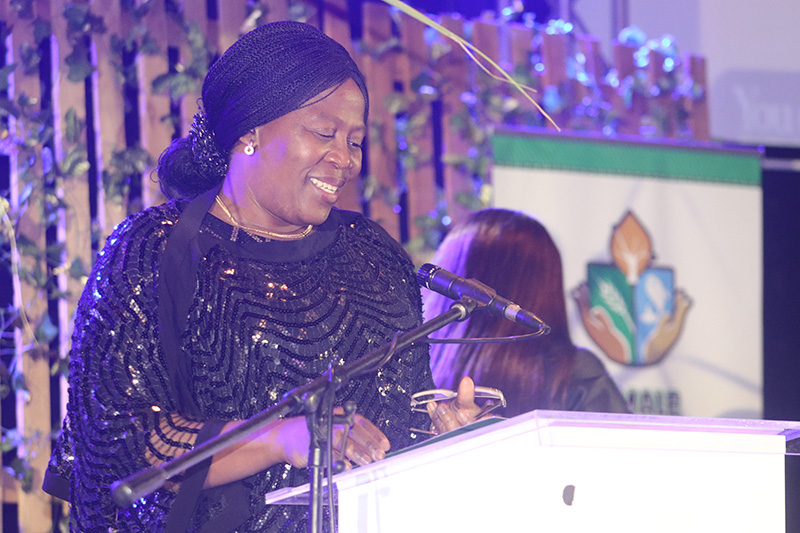