The people of King Cetshwayo District, north of KwaZulu-Natal, have over the last few decades suffered greatly with access to the most basic of needs, which is water. The community of this region has had to go to extreme lengths to provide water to their families, even sometimes having to share this scarce resource with livestock and domesticated animals.

In a bid to curb the scourge of access to water by the community of King Cetshwayo District, KZN Premier Mr. Sihle Zikalala accompanied by the District Champion, MEC for Agriculture and Rural Development Mrs. Bongiwe Sithole-Moloi and the Acting Mayor of King Cetshwayo District, Cllr Bhekani Phungula, officially handed over 40 water tankers for an easier access to water to this drought-stricken District.

For the past 6 years, King Cetshwayo District Municipality (KCDM) has been compelled to spend close to R25 million of its annual budget spend on contracts for sourcing and carting tanked water deep into district’s rural backyard due to inadequate bulk water supply infrastructure and as a relief package during drought spells that have been raiding the province since 2015.

However, a chance to reprioritize its conditional grants during the COVID-19 lockdown has enabled KCDM to purchase a fleet of 40 new municipality-owned water tankers, creating 40 new water tanker driver jobs and putting itself in a position to release a bit more funds towards the construction of more bulk water schemes in the near future.

KCDM has constructed four bulk water schemes over the years including Nkanda, Nkandla-Mvutshini, Greater-Mthonjaneni and Middledrift in a bid to ensure that all its deepest rural areas enjoy the right to access sufficient water. However, the vastness of the district, growing numbers in population and the budget cuts has caused the bulk water supply construction pace to slow down and necessitate the continual use of water tankers. 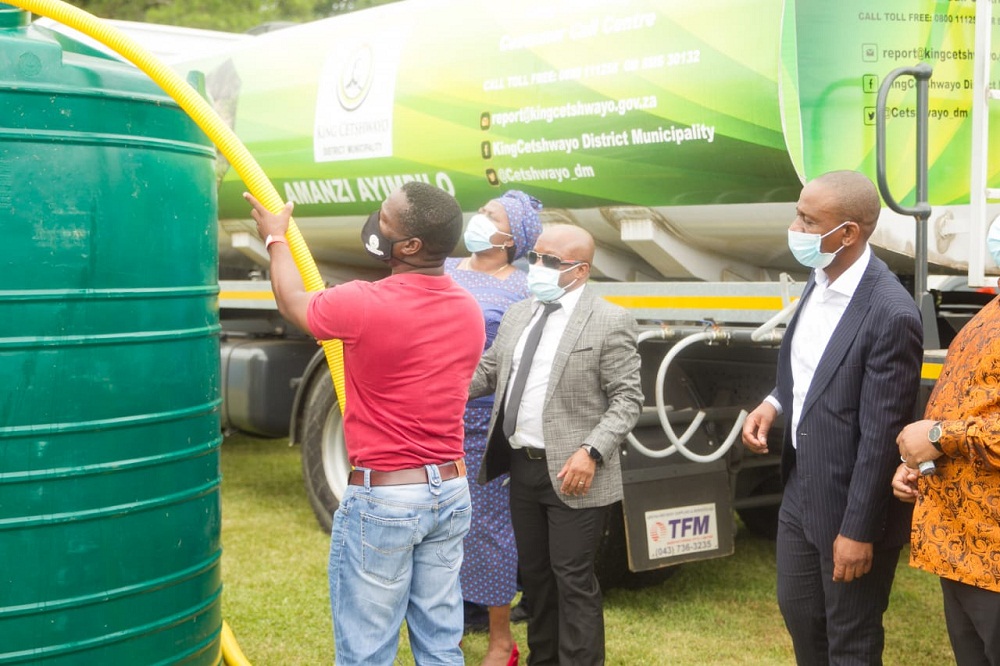 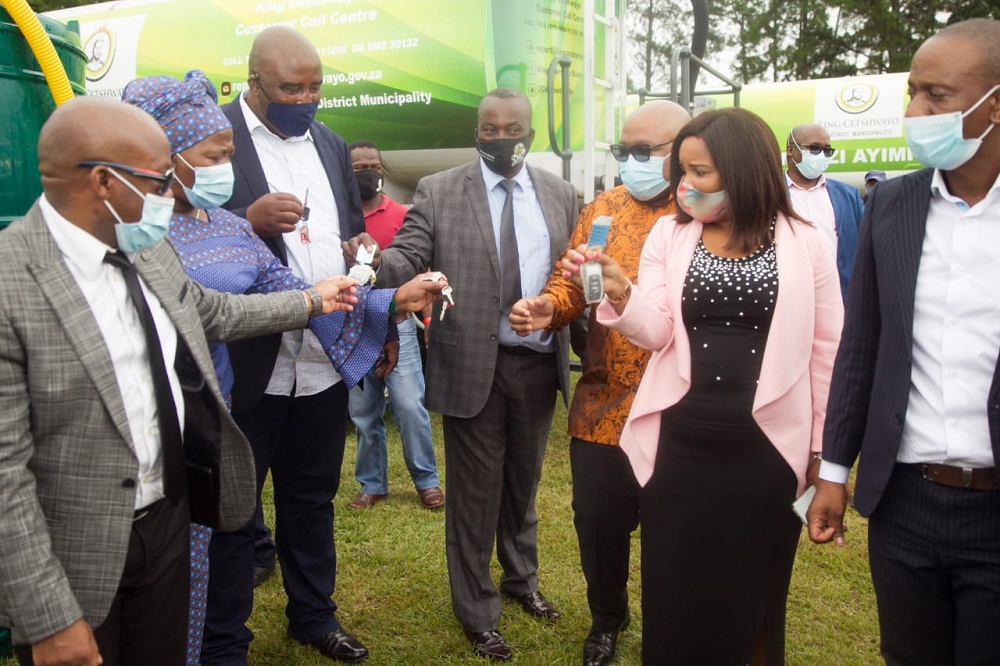 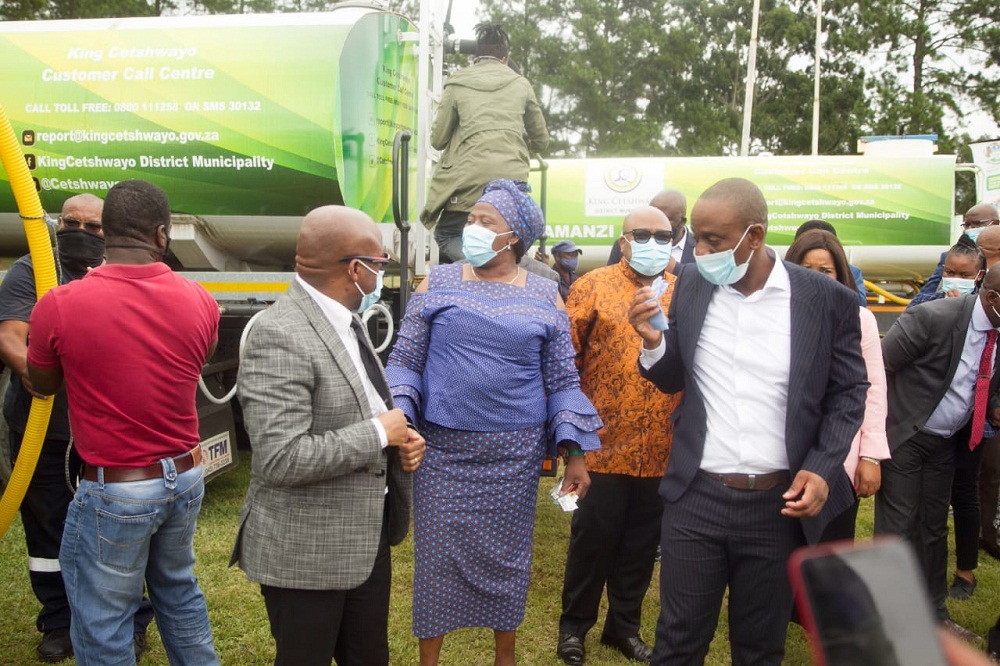 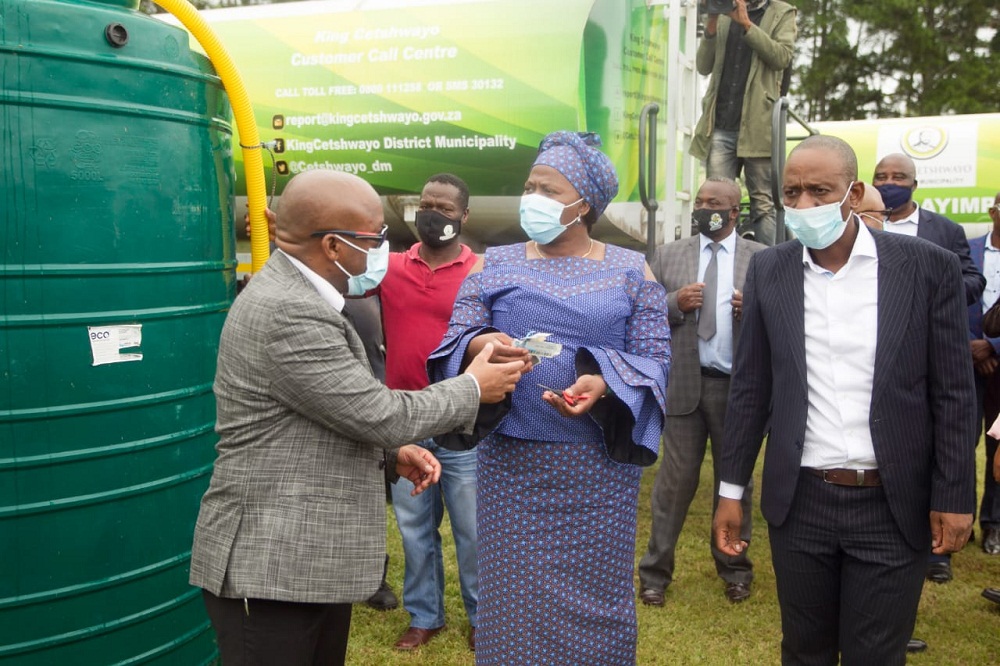 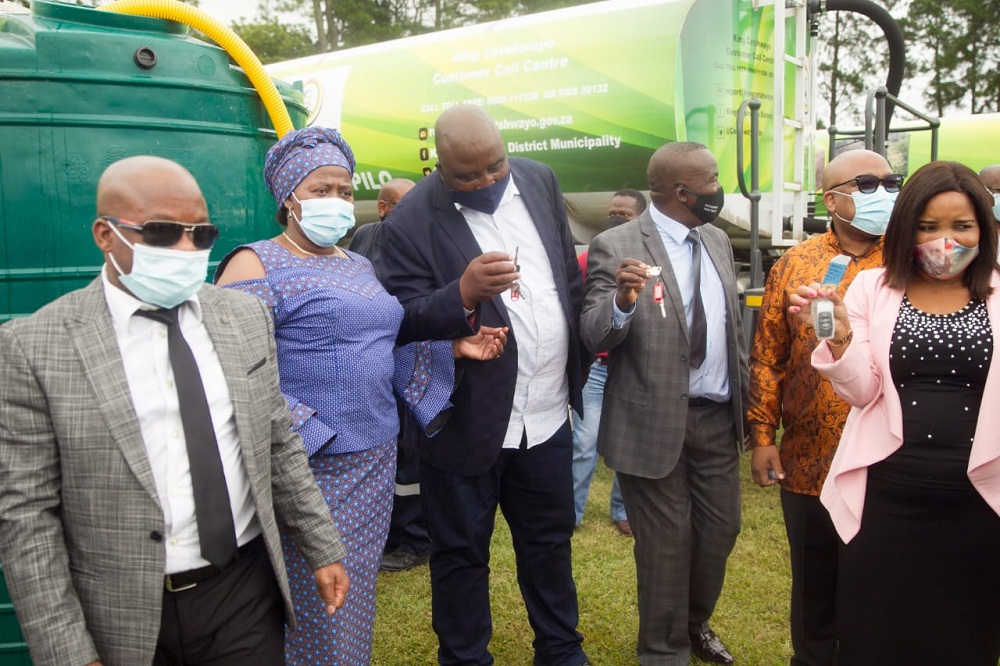